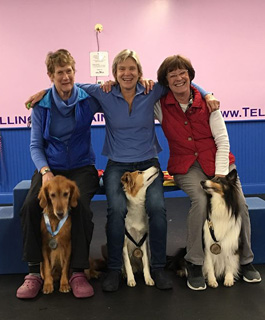 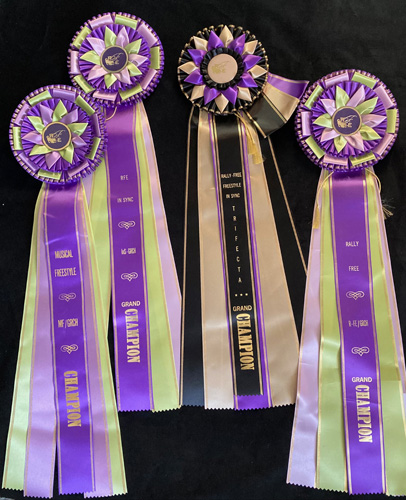 Scroll down to see our honor roll of titles and awards. 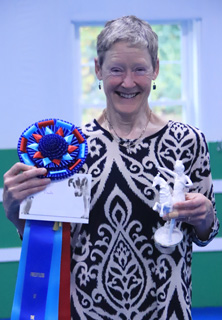 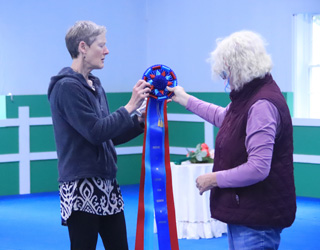 In addition to titling in freestyle and Rally-FrEe, some of our members have earned recognition for their contributions to the greater freestyle community, both at the regional and national levels. Shortly after receiving an appreciation from the New England freestyle family for her beautiful performances (8 scores of 100 as of this writing) and strong support for people at all levels in freestyle, Paula Winsor also received inernational recognition as the first recipient of the Diane Balkavich Heart of Freestyle Award from Rally Freestyle Elements.

In 2020 Judth Stoodley received a Trailblazer Award, and in 2021 a Take a Bow Award for her contributions to Rally Freestyle Elements and the Story Teller Award in honor of Michele Pouliot for the story telling nature of her performances.

Both Paula and Judith have also received the Diane Must Be Smiling award from Unleashed Dance Company for having earned a score of 20 in Teamwork and Engagement in competition. 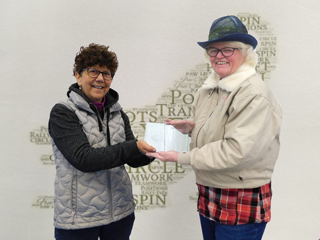